A Solar said that it planned to increase ingot/wafer production for the first time in many years to 1.5GW, up 500MW from 1GW. Both solar cell and module nameplate capacity would be increased to 5GW by mid-2016, equating to both being increased by 1.4GW from planned 2015 nameplate capacity levels of 3.6GW. The company recently starting ramping its new 400MW solar cell manufacturing facility in Penang, Malaysia. Management noted in its earnings call to discuss third quarter that the Malaysian plant had a nameplate capacity of 800MW to 1,000MW. Ingot/wafer capacity expansions would be undertaken at existing facilities in China, while the majority of PV module expansions would also be at facilities in China. 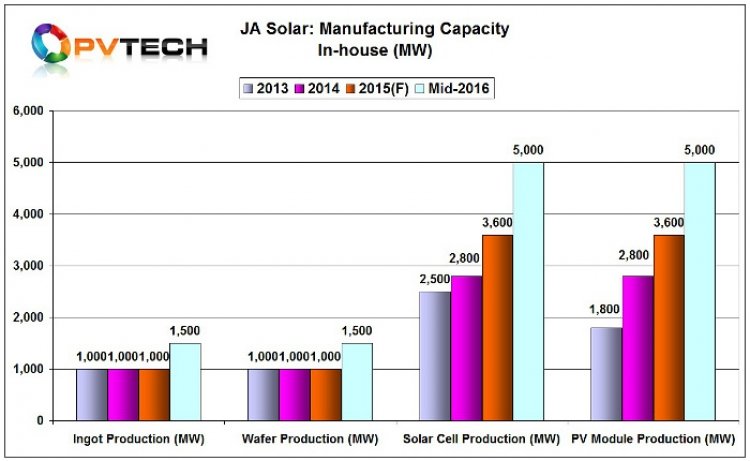